Committee of common men and women (2005 -2010) is a fantasy of an actual responsible organization of some actual people behind the powerful concepts of the common man/and woman.

Committee of common men and women’ has made a series of brochures, badges and posters that present and inform on the diversity of normalities , and imagine that people can take on an active kind of normality, and assume responsibility for the impact that thy have on the world.

One can for instance take an active part in the silent majority, against noisy times where all we hear is ourselves, or one can appraise the 2506th anniversary of the first Plebeian secession in Rome, rethink the notion of being “Only Human”, or enlist with the extremists from the subcommittee of “The Golden Mean” 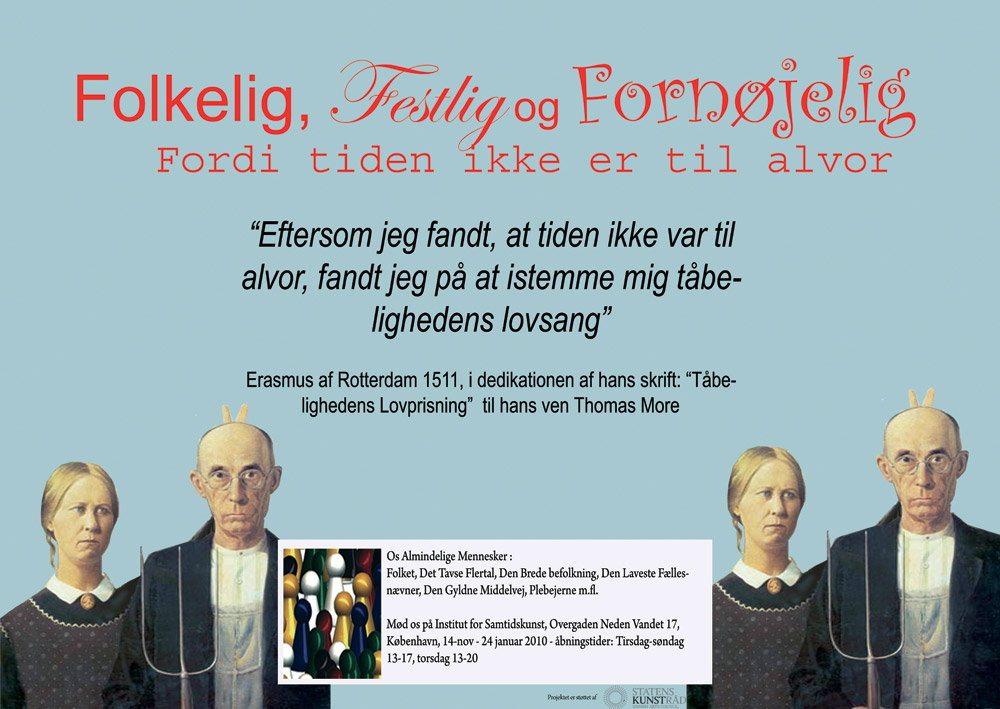 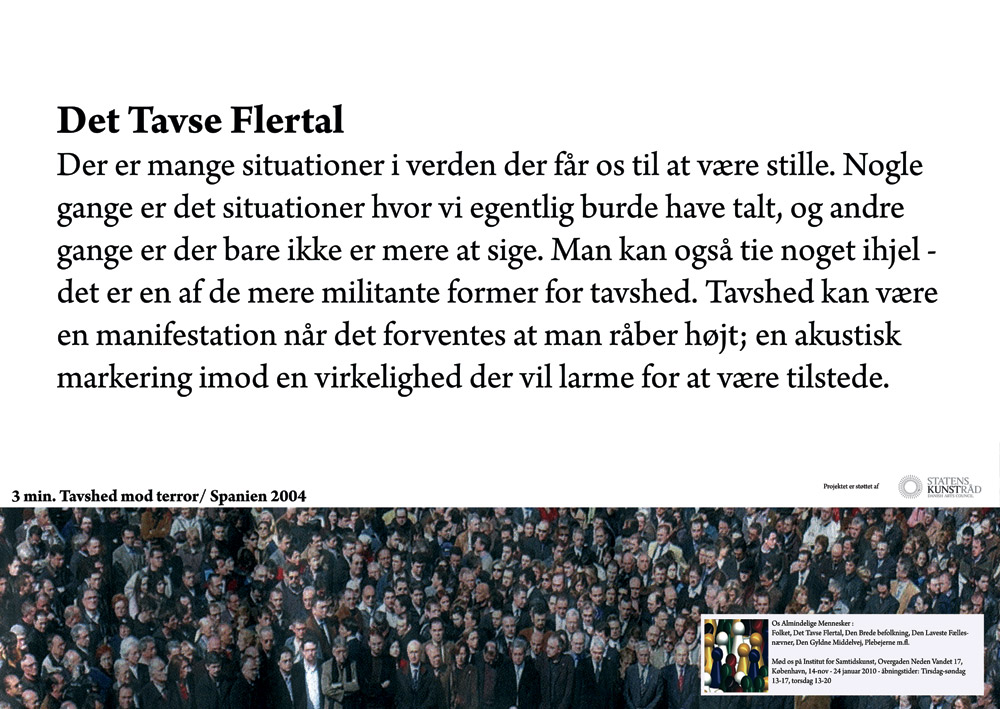 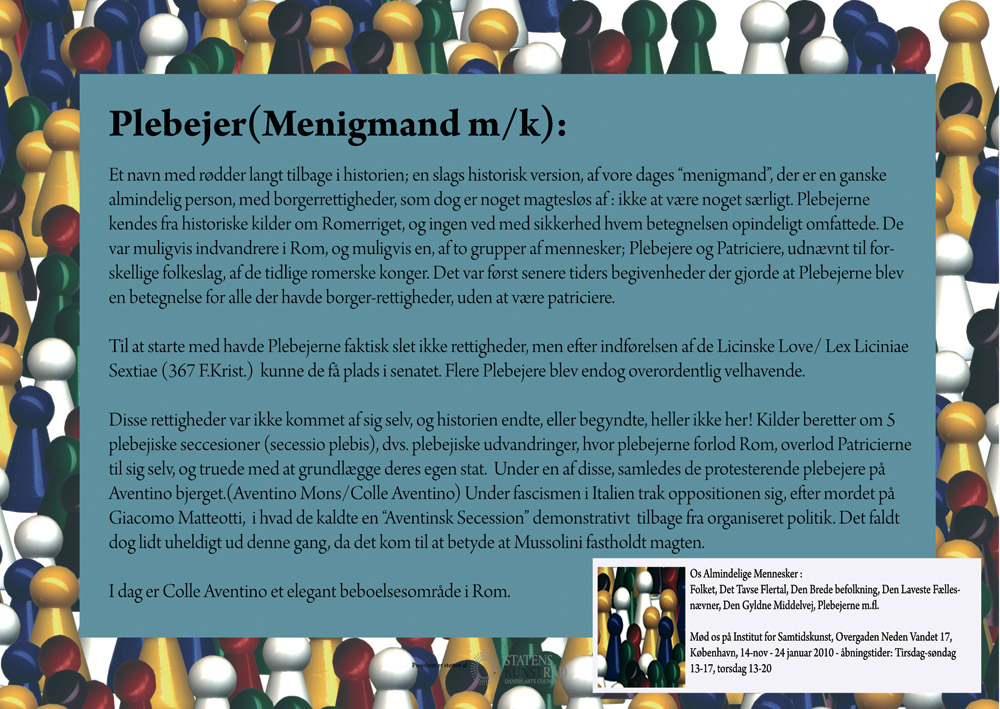 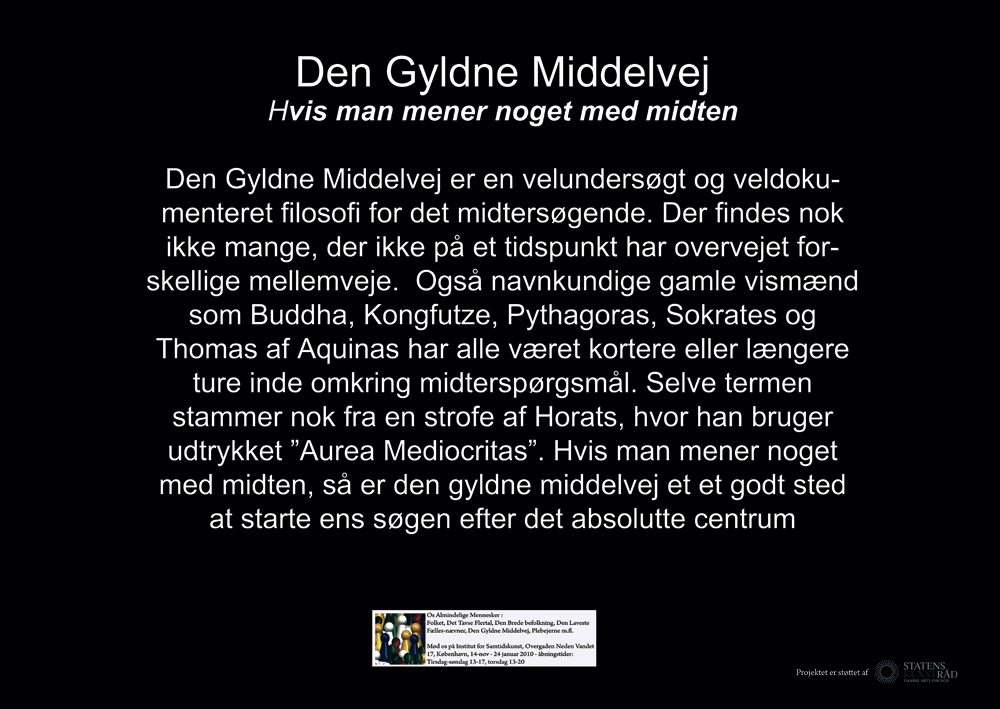